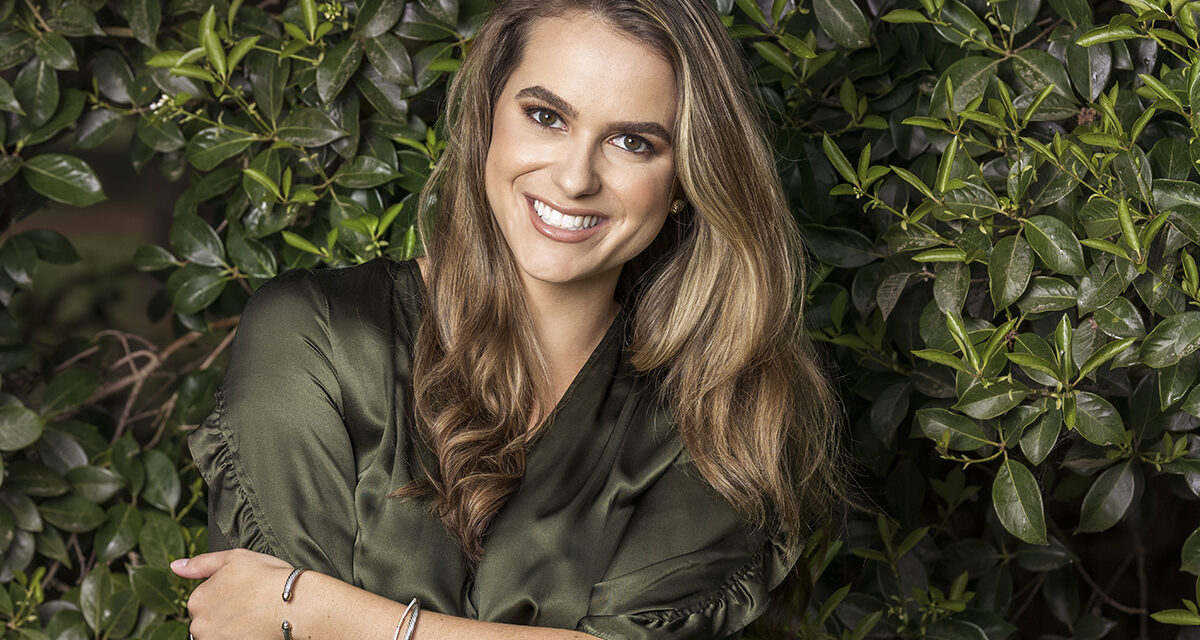 Bucks County, Pa. native Camille Schrier won the iconic competition by showcasing her talent in the field of science as much as her winning smile. In pursuit of her pharmacy degree, she is setting out to break stereotypes and be an ambassador for women and girls in STEM fields. 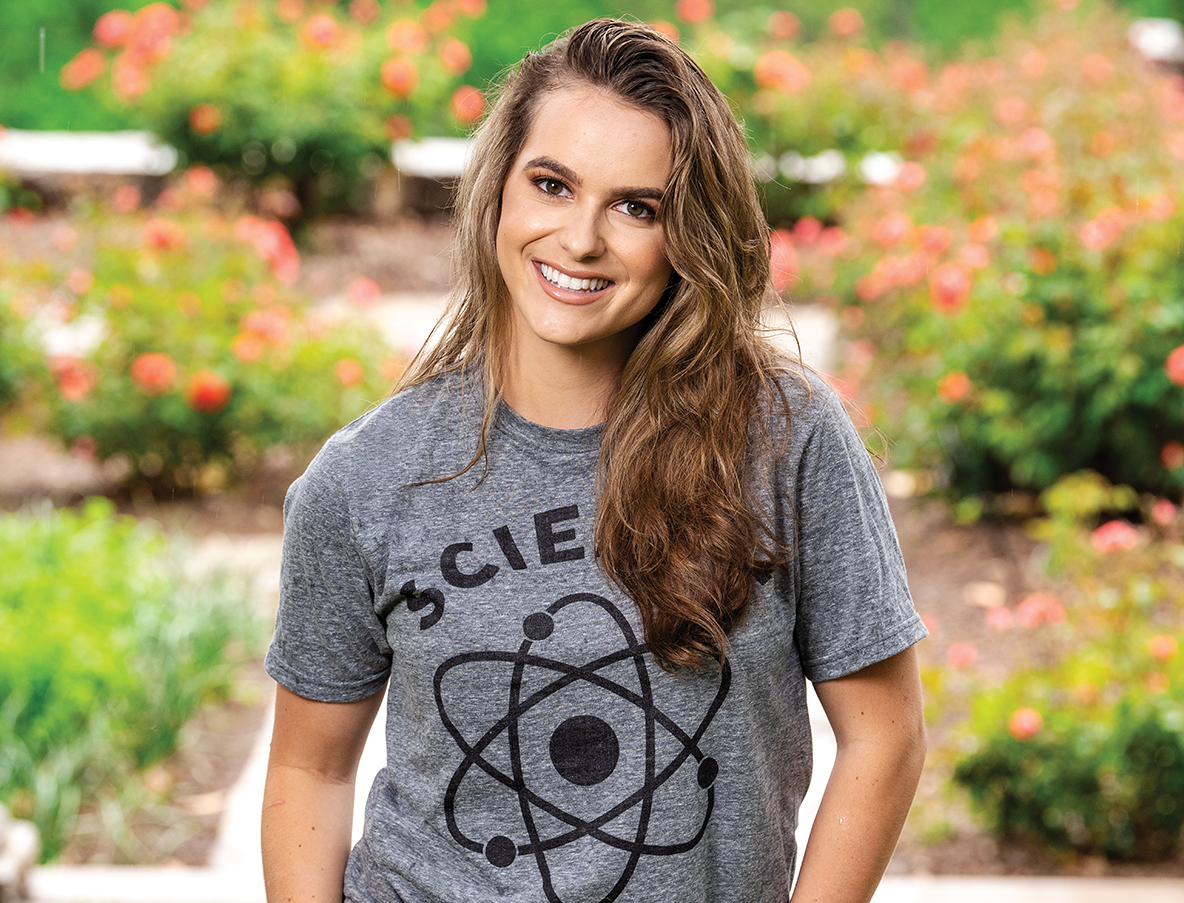 “I hope to change the association of Miss America with being a beauty queen—there’s nothing wrong with that, but it’s just not who I am.”

When she saw the Facebook ad announcing the deadline for the Miss Virginia submissions was just 2 weeks away, it struck a chord with Camille Schrier. She knew Miss America had ditched the swimsuit competition, which had been a major barrier for her. She’d struggled with an eating disorder in her teens, so that portion of the traditional Miss America pageant felt out of sync with what she was about.

Although she was an athletic, outdoorsy kid and “not much of a girly girl,” Schrier participated in pageants from age 14 until she started college. Since she was 24 and about to age out of Miss America, she knew this would be her last shot. So she threw her hat in the ring to become Miss Virginia, the state of her residence while she attended school. “I wanted to compete because I had the perception that the Miss America pageant had changed. I didn’t see myself as a beauty queen, and I didn’t want that,” she says. “If I won, I thought I could use the job to advance women in STEM.” 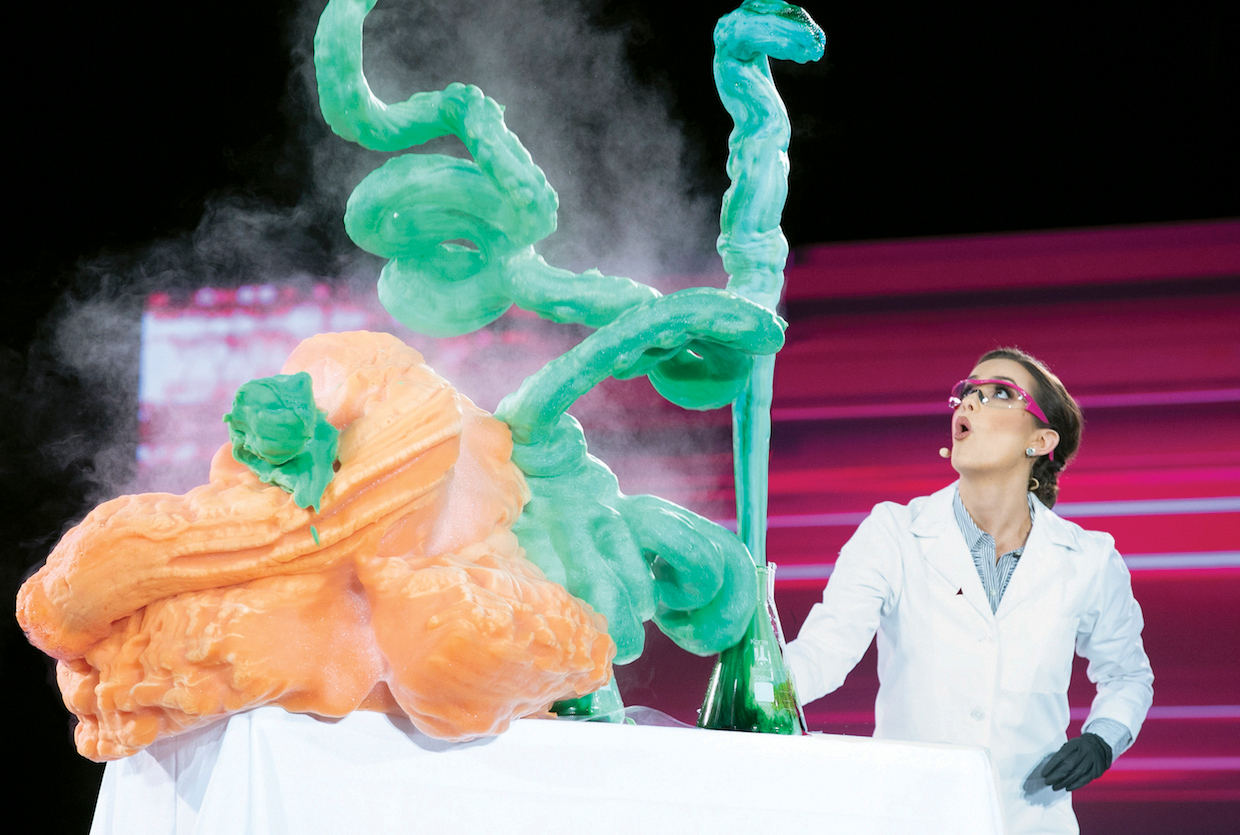 Schrier had just one problem: she didn’t have a traditional talent. She couldn’t dance or sing or play the piano. But there was one thing she could do: She could perform a science experiment. And that’s what she did to win Miss Virginia in June 2019.

Six months later, when she took the stage in Uncasville, Conn., to demonstrate her talent during the Miss America competition in a white lab coat and shimmering black pants, she said, “Science is all around us. I’ve loved science since I was a little girl, and now I have the opportunity to pursue the career I’ve always dreamed of and show kids that science is fun, relevant, and easy to understand.” Then she performed the catalytic decomposition of hydrogen peroxide (also known as “elephant toothpaste”) by using potassium iodide as a catalyst. While she made it look easy on stage during the competition, the experiment had taken plenty of practice to perfect. (Once, when she tried it at a car wash, the foam shot out so violently that it hit the ceiling and left a stain.)

But during the Miss America competition at the Mohegan Sun in Connecticut, she performed with surgical precision, sending snaking and burbling streams of orange, green, and blue foam 10 feet into the air while she explained to the audience and the judges the chemical reaction that was occurring.

One other woman had performed a similar demonstration when she won Miss Vermont in 2015. But a science-related talent was still a rare feat for Miss America, which is one reason that she didn’t think she had much of a chance to win. And you can see Schrier, who was fighting a nasty cold the night of the competition, immediately register the surprise when they announce her name as the winner, her jaw and her body dropping toward the floor. “I’m the first person to ever win Miss America with a science demonstration. It felt like a long shot,” she says. “In fact, I didn’t tell anyone I was going to compete, because I really thought I was going to lose.”

From the moment she was crowned, Schrier was swept into the whirlwind of being Miss America, which proved to be more exhilarating and exhausting than she’d imagined. “It’s like you’re shot out of a cannon. I won around 10 p.m. that night. I had to go to a press conference and an after-party. I was awake until 3 a.m.,” Schrier recalls. “I had to be on the Today show at 4 the next morning. I took a nap in my hair and makeup. I woke up, brushed my hair out, and on 45 minutes of sleep and some Sudafed, went to 30 Rock in the makeup from the night before.” 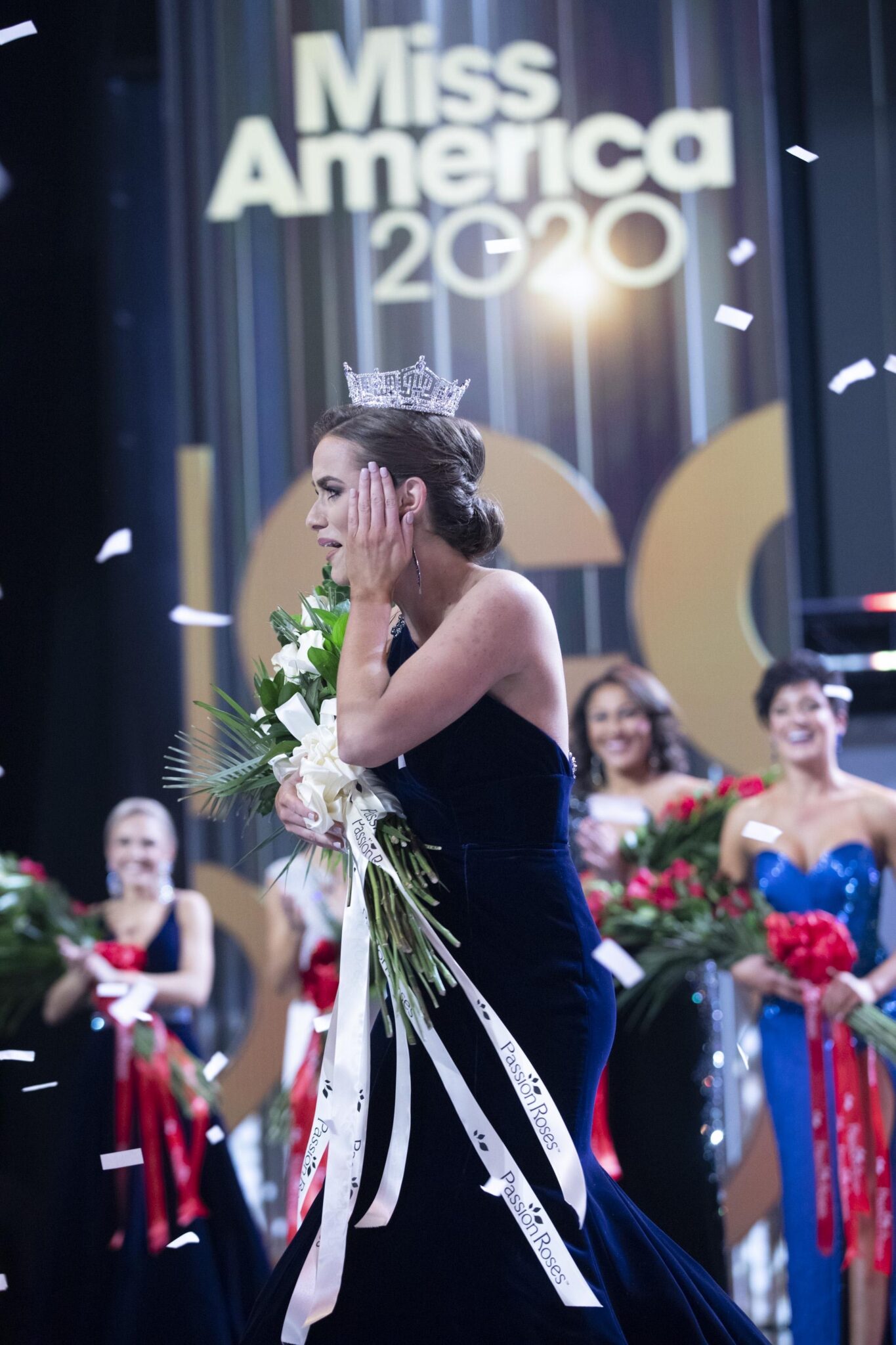 I wanted to compete because I had the perception that the Miss America pageant had changed. I didn’t see myself as a beauty queen, and I didn’t want that. If I won, I thought I could use the job to advance women in STEM. 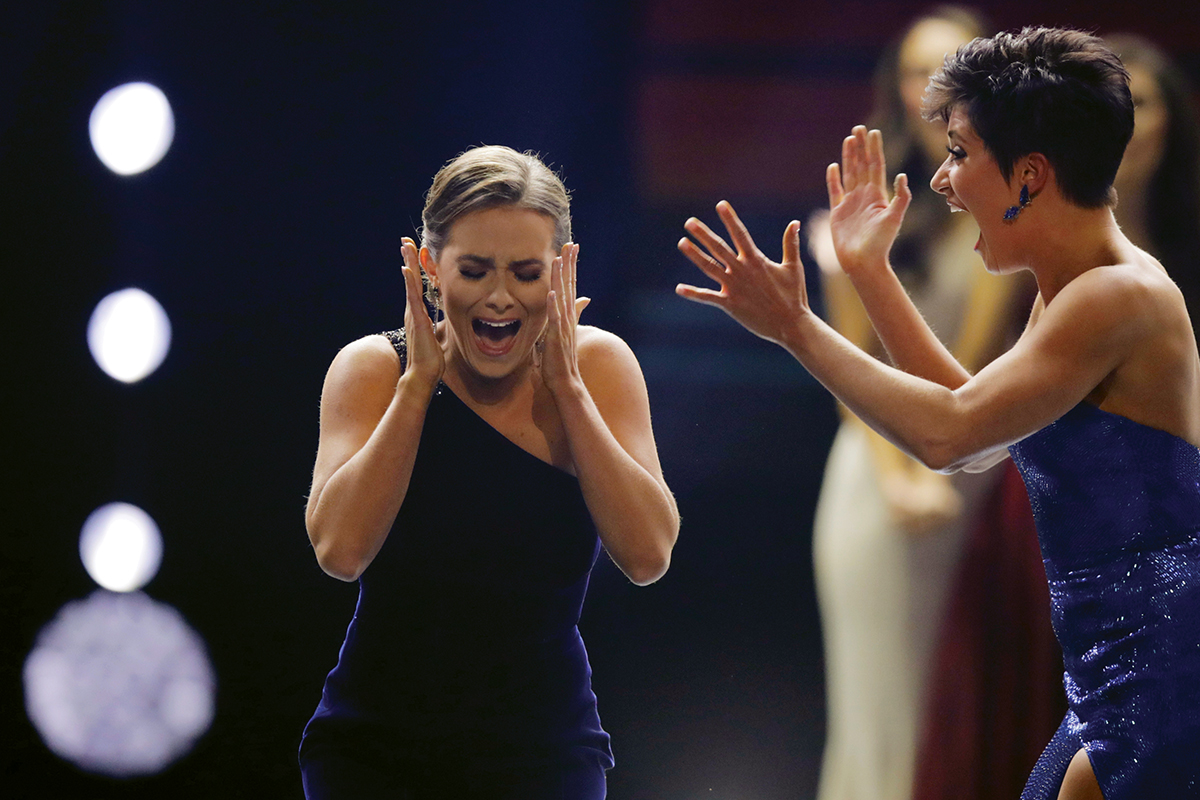 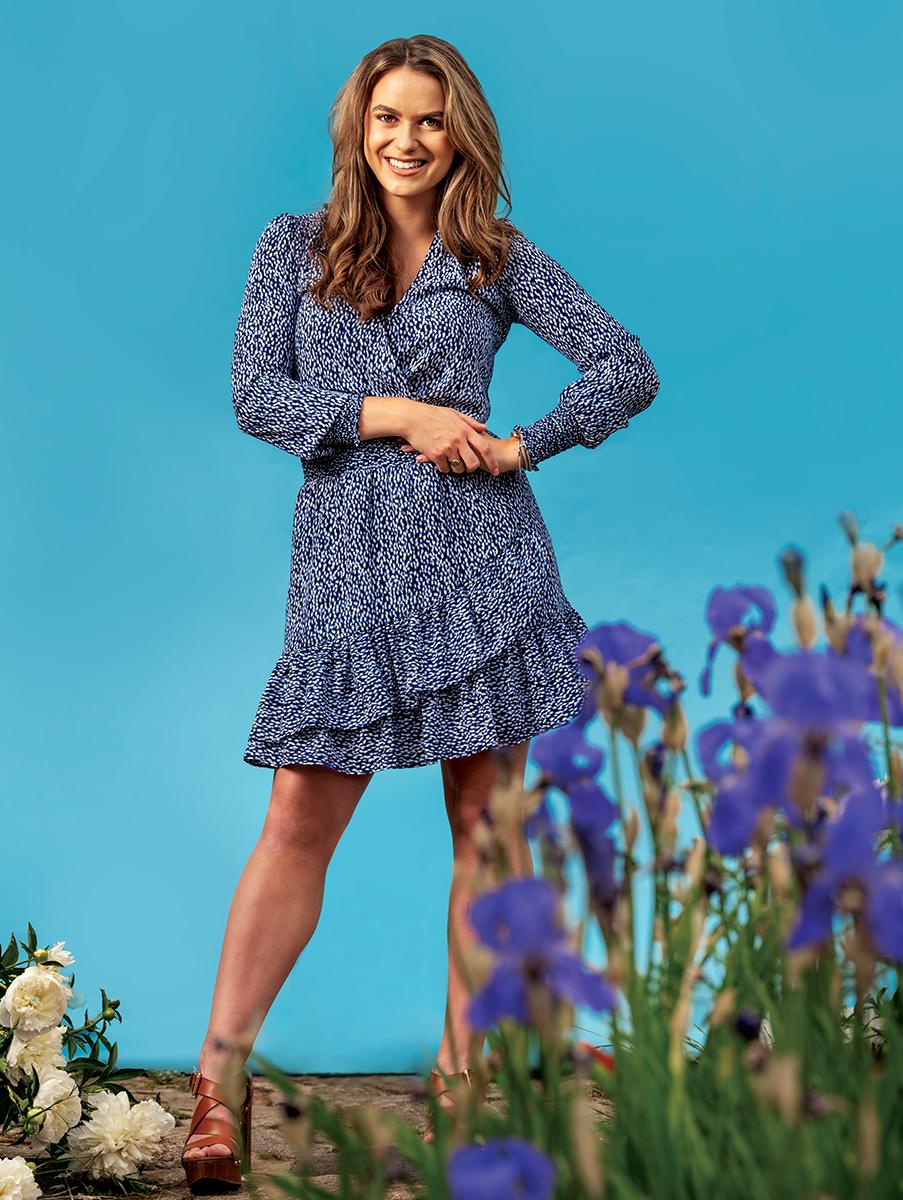 After floating her way through the initial Miss America haze, by Christmas Schrier was exhausted, and she slept for nearly 5 days straight. Part of the reason her body was so worn out is a genetic condition called Ehlers-Danlos syndrome. “I had scoliosis in middle school. The doctor identified that there was something else going on, and my mom and I were both diagnosed with Ehlers-Danlos syndrome.” The genetic condition impacts the connective tissue—primarily the joints and blood vessels—so it can easily lead to dislocated joints and bruising in addition to chronic fatigue. For Schrier, it means she has to get plenty of sleep and maintain a workout regimen to keep her supporting muscles strong.

But by January, she was in top form, bursting with excitement to engage in her year as Miss America. She paused the pursuit of her doctorate in pharmacy at Virginia Commonwealth University and watched as her calendar filled with appearances and speaking engagements. Then suddenly in March, as the pandemic began spreading like wildfire in the United States, everything changed. “From December 19 to March 13, I was on a plane every other day, at least two or three flights a week, doing meet and greets—the traditional job of Miss America. But when the pandemic took hold, those things started to fall off my calendar very quickly,” she says. “I realized my experience was going to be very different. I had to adapt. It took me a month or so to figure out how to be Miss America from my computer. I became the Zoom Miss America.

“People ask me if I’m disappointed, but it gave me a better quality of life. I was able to go to work and be virtual and then turn off my computer and be with my family.”

While COVID vastly changed the landscape for Schrier’s Miss America experience, the pandemic also brought extra focus to topics close to her heart. She set out to share the message that science is a crucial part of understanding and relating to the world—the development and rollout of the vaccines brought international attention to that very concept. “Recognizing the value of science was always the topic I wanted to bring attention to, and having the pandemic happen during my year as Miss America brought science to the forefront,” Schrier says.

She spent most of the pandemic living with her parents (and her new pitbull/Lab puppy Roxi) in her childhood home. During the day, she made virtual Miss America appearances and created science videos for kids, and in the evening, she fished with her dad on the Delaware Canal by their house. She says people are often surprised when they find out she loves to fish or that she has interests beyond beauty and pageantry. “People don’t expect me to be a real human. But in reality, I never wanted Miss America to change me,” Schrier says. “I wanted it to supplement my life. I hope to change the association of Miss America from being a beauty queen—there’s nothing wrong with that, but it’s just not who I am.”

As she prepares to go back to school in the fall, she sometimes has to go back and watch the video of her win to convince herself that it actually happened. “To be honest, I’ve never really felt I won Miss America. It’s so hard to wrap your head around it,” she says. “But I look at the experience and I just hope I’ve made a positive impact and maybe changed some minds. Miss America can be a scientist, and a scientist can be Miss America.”

Summary Bucks County, Pa. native Camille Schrier won the iconic competition by showcasing her talent in the field of science as much as her winning smile. In pursuit of her pharmacy degree, she is setting out to break stereotypes and be an ambassador for women and girls in STEM fields.

My Experience Sleeping On The Street to Support Homeless Youth 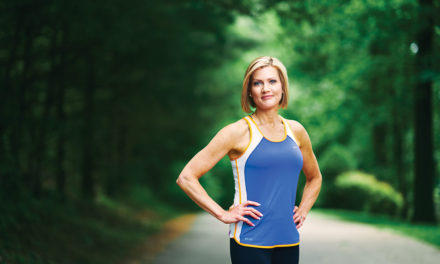 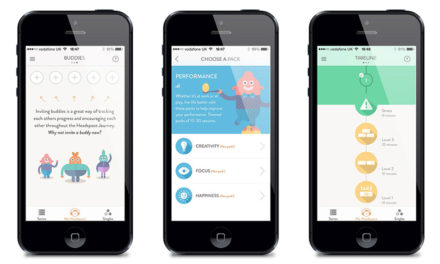 A Meditation App You Need to Try

Shop For a Cause: 8 Ways to Buy Gifts That Keep Giving