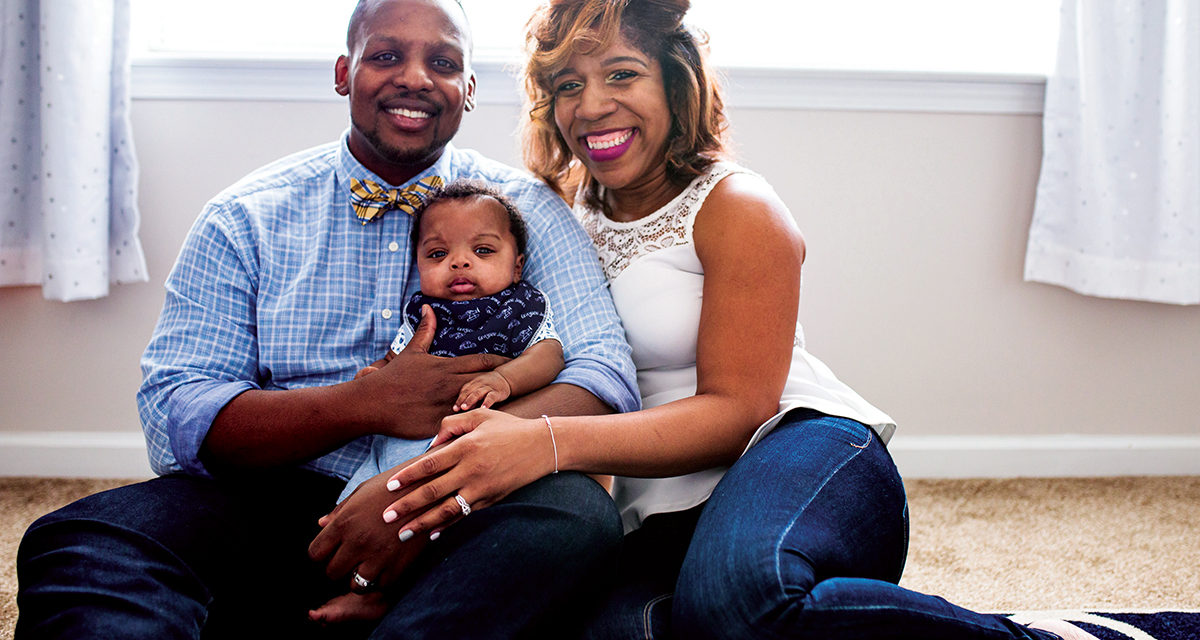 Devin Fergusson went into labor when her baby was just 22 weeks old. To save his life, she spent 2 months in Capital Health’s antepartum unit before he was born, and the NICU took it from there.

Before Devin Fergusson went to bed on the night of November 5, 2018, everything was going according to plan.

She and her husband, Graig, met on a dating site in 2010, and it instantly felt like she knew him. They married in 2015, and she taught 7th grade and coached cheerleading while he worked as a mechanical engineer helping police officers install body-worn cameras. They were in love, and they waited 3 years before trying to get pregnant so they could travel and enjoy married life. Then, with little fanfare and about 4 months of trying, Devin got pregnant with a baby boy.

The first half of the pregnancy was pretty routine. But then, on that night in November, their lives were turned completely upside down. “I went to bed, and I woke up in a gush,” says Devin. “I got to Capital Health, and they informed me I was in labor. I was oblivious to the complications that could happen during a pregnancy. I’m thinking, I’m going to have this baby now? What does that mean at 22 weeks? It wasn’t until the next day that one of my doctors explained that he wouldn’t be viable at 22 weeks.”

It turned out that Devin experienced a rare medical occurrence known as premature rupture of the membrane. Medical staff explained to the Fergussons that if they had the baby, they would only be able to provide comfort measures until he passed away. The other option was for Devin to stay in the hospital and try to hold off labor as long as possible, hoping to give the baby more time to develop in Devin’s womb. Feeling unprepared to make a decision with so much gravity, the Fergussons asked to see the hospital chaplin. He asked the couple some crucial questions, including whether they were prepared to raise a child that could be blind, deaf, or have other severe developmental problems as a result of being born so premature. “At that point, we felt like as long as he’s here, that’s what we want,” she says. “We decided that if there was a heartbeat at our next appointment we would get admitted and stay until I give birth. When I went back to the hospital, it was one of the scariest moments of our lives. He had a heartbeat, and I was going to live at the hospital. But one of the nurses said, “Just take it one meal at a time. Just make it through breakfast.” So that’s what I did.”

She checked into Capital Health, where she would spend the next several months, fighting for her baby’s life.

Before this experience with Grayson, I lived life in a lackadaisical way. Now I understand that every small moment matters. I appreciate the smaller things in life, even taking a short breath. I cherish it. I’m beyond grateful. 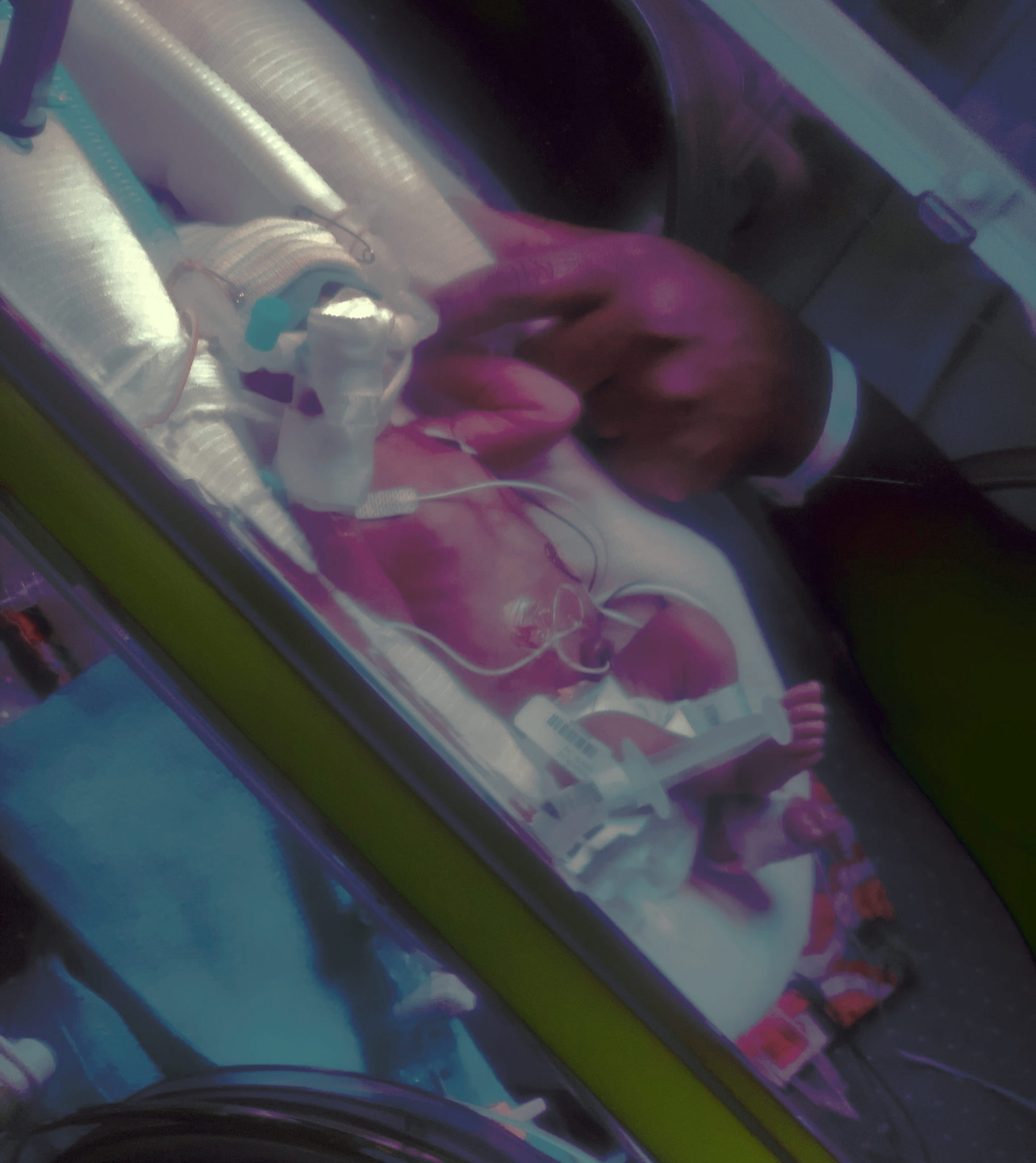 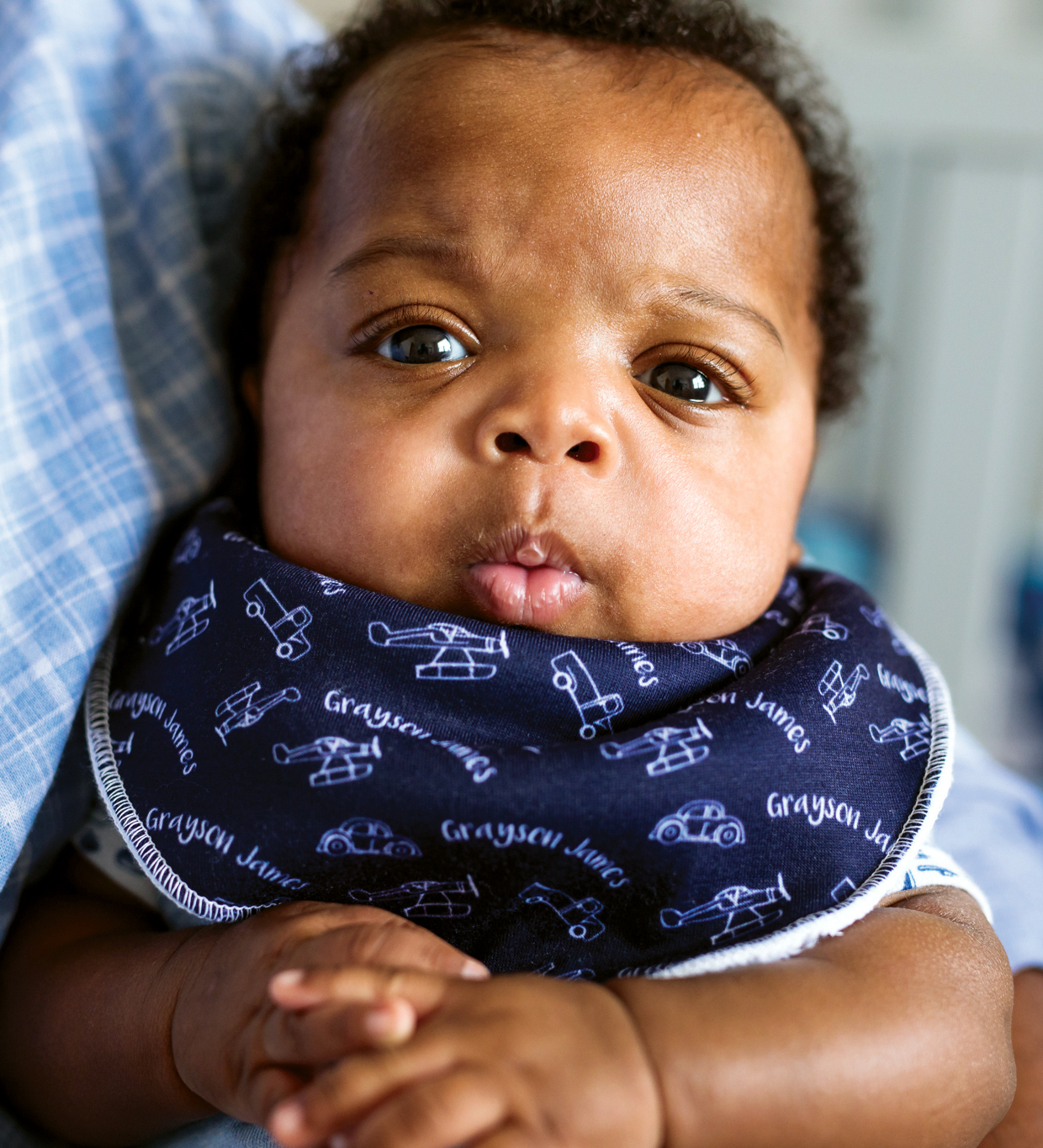 Before Grayson, I thought lifewould be perfect. Once this happened, I realized the amount of strength you need to get through life’s challenges. 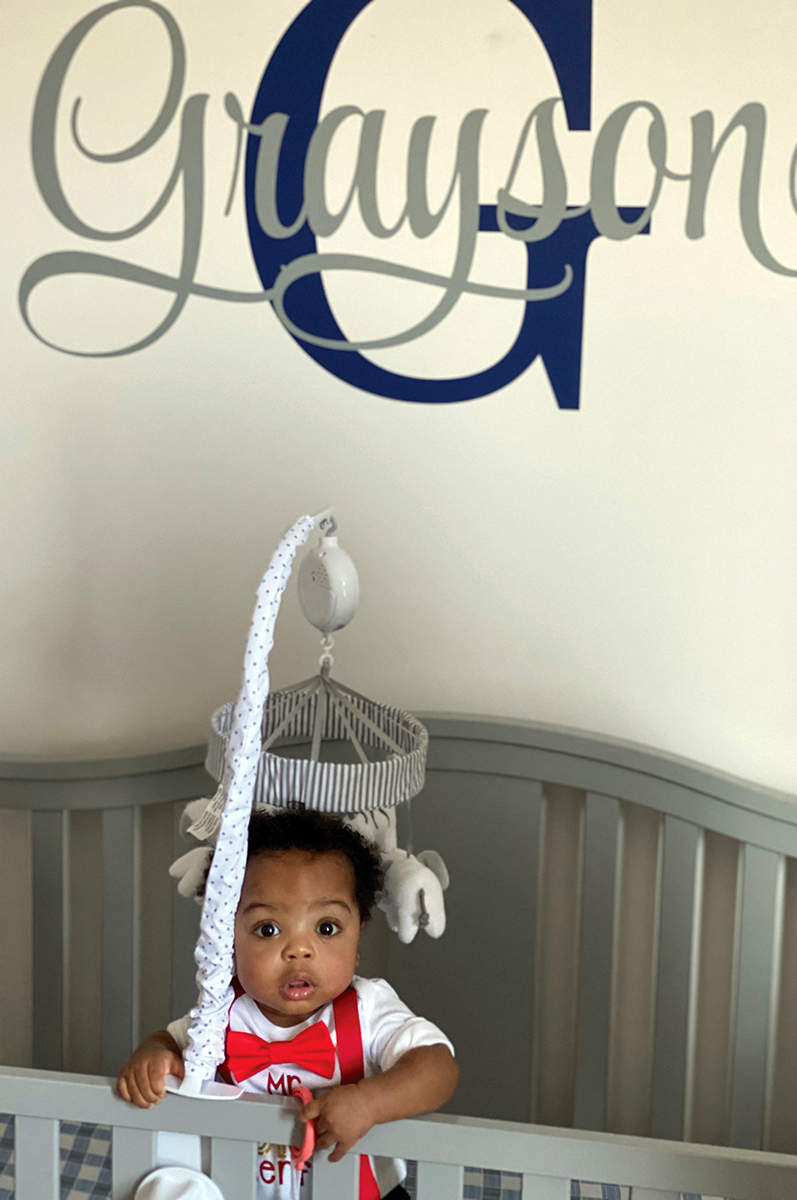 View from the NICU

In early December of 2018, Devin was decorating her hospital room, doing everything she could to stay positive. Her husband did his best to help, but it was the nurses that encouraged her the most. “The nurses and doctors became part of our family. Every day, my nurses celebrated the fact that I made it another day,” she recalls. “The longer I could keep him in there, the better his chances were. Every week that went by was a better chance of survival. When I got to 26 weeks, it was an amazing celebration for me and the staff.”

But even when she hit that milestone of 26 weeks, which is when the doctors felt they could safely bring the baby into the world, the Fergussons understood there would still be risks for their baby if and when he was born early. Doctors explained that it was possible that his sight, hearing, or mobility could be compromised by lack of development in utero. After 7 weeks of doing everything in their power to keep the baby from entering the world, signs pointed to the birth being imminent. “They took me down to labor and delivery and gave me some medication to slow the labor down. It worked, but then 2 days later I went into labor. And 5 minutes after the epidural, I had five pushes, and he was here.”

Devin got to hold him on her chest for a few short moments before a slew nurses from the Neonatal Intensive Care Unit (NICU) and two of the doctors took him upstairs and he was intubated. By the time Devin got to see him again, Grayson was no longer intubated, but he was on continuous positive oxygen pressure (CPAP) and receiving phytotherapy to prevent jaundice. “Seeing him hooked up to all those machines was traumatic. We were initially scared to even touch him. But the doctors and nurses encouraged us to hold him and hug him so he could feel that mother and father skin-to-skin contact.”

The lactation consultant helped Devin begin pumping breast milk every 3 hours, which nurses would then put through his feeding tube. After just a few weeks, Grayson was able drop from level 10 on the CPAP to a 5, but then he began to regress, which was a difficult turn for the Fergussons. However, slowly but surely, Grayson got stronger, and his parents planned to bring home in March of 2019, until another turn of events kept them there a little longer. “The day he was supposed to come home, he coded blue. His lips turned blue, and he stopped breathing,” she recalls. “It turned out he needed oxygen when he was eating. He needed to get down how to breathe, suck, and swallow. We brought him home a week later.”

Devin was nervous to bring Grayson home, especially when she found out he’d need oxygen when she was feeding him. What if he coded while she was feeding him? What if they forgot one of his medications? What if he wasn’t ready to leave the safety of the NICU? But once again, the nurses and doctors helped the Fergussons prepare, teaching and assuring them they were ready. “I felt it would be overwhelming, but the NICU team reassured me that premature babies had to go home with oxygen tanks all the time,” she says. “They came out to the house and made sure we understood how to work the machines.”

About a month after bringing him home, Grayson needed surgery at the Children’s Hospital of Philadelphia (CHOP) to repair a hernia. The initial surgery went well, but on the transfer to the room, Grayson stopped breathing, a terrifying event that happened time and again over the next month while he was in the hospital. “We weren’t sure what was going to happen, but I had to have that strength for him,” Devin says. “I would read to him, talk to him, sing to him. My mom would say, ‘Look how much he lights up when he sees you.’ We had no other choice but to fight and stay positive.”

By May, Grayson was home, and he hasn’t been admitted to the hospital since. He celebrated his first birthday—a family party themed Mr. Wonderful—on December 20. While he is a few months behind in his development, his medical team believes he will catch up during his first few years of life. And the Fergussons are overwhelmed with gratitude. “After everything we went through, I don’t take anything for granted anymore,” Devin says. “I see how quickly life can be change or be taken away.” 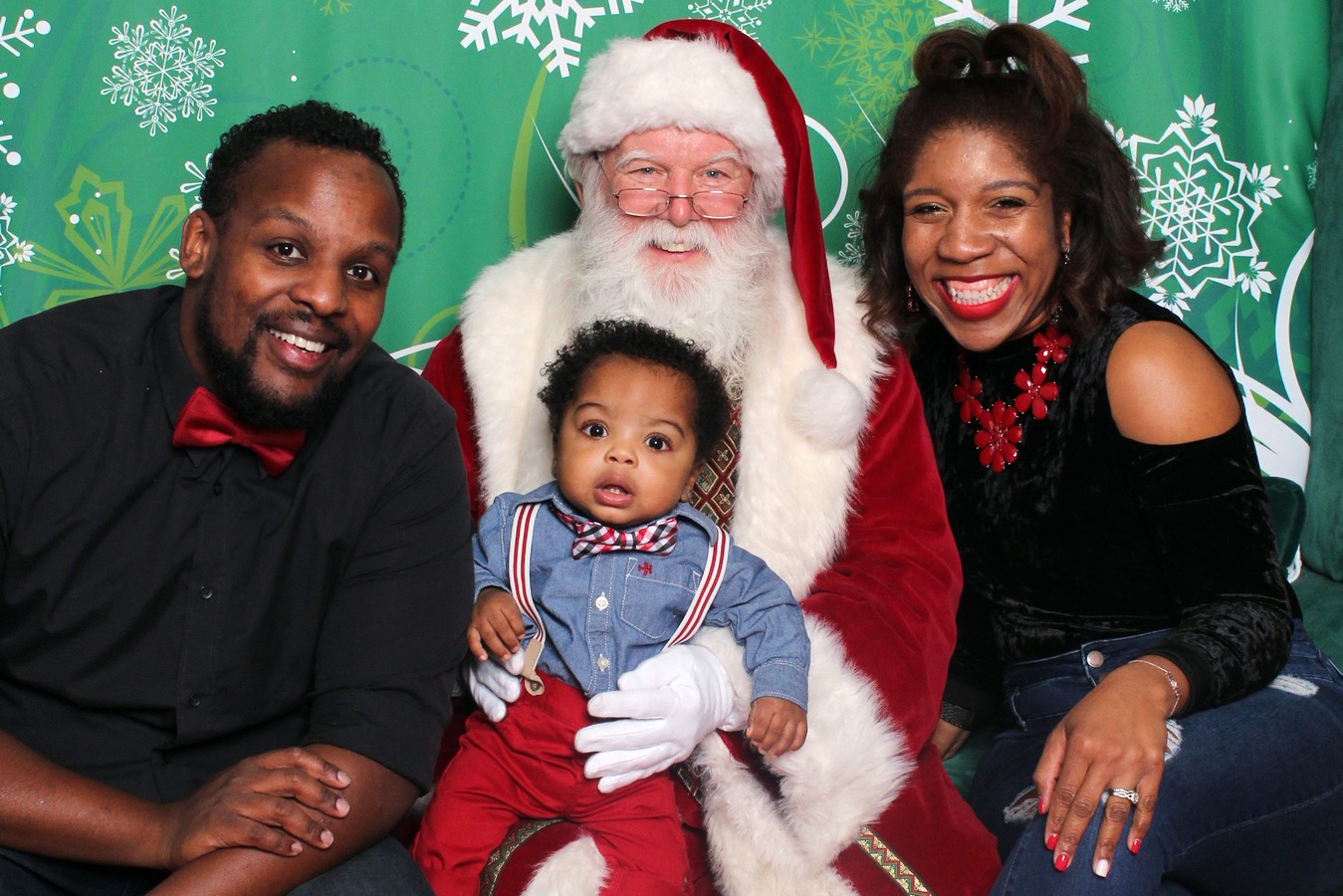 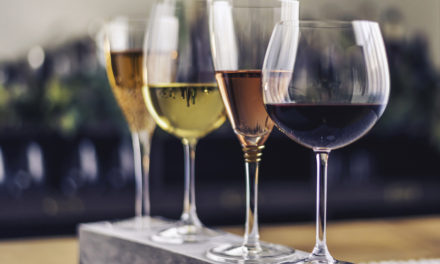