Since TMZ posted the video of Ravens running back Ray Rice hitting his then fiancé (now wife) Janay Rice earlier this week, two Twitter hashtags have gone viral, giving women an opportunity to speak their minds.

The hashtags #WhyIStayed and #WhyILeft quickly gained momentum, with women posting both heartbreaking and illuminating reasons why they stayed with their abusers and why and how they were able to get away.

Writer Beverly Gooden, author of Confessions of a Church Girl, created the hashtag #WhyIStayed after seeing the violent video, in an effort to give women a voice. She tweeted: “I tried to leave the house once after an abusive episode, and he blocked me. He slept in front of the door that entire night. #WhyIStayed.” Gooden’s simple act of tweeting her experience with domestic violence has given women a vehicle to break their silence, in some cases, for the first time.

Her main goal was to shift the blame and scrutiny from the woman for staying with her abuser to the man for being violent. In an interview with ABC News, Gooden said, “I really want to change the conversation from, ‘why did she stay?’ to ‘why did he hit her?’”

Although this was a shocking and disturbing incident both in terms of the violence of the video and the impotence of the NFL’s reaction, the social media response has increased the profile of domestic violence and provided an outlet for many abused women to speak their minds openly, at least through the comfort of the Twittersphere.

There’s nothing new about domestic violence, but it is still not talked about with any kind of candor in the public sphere. This national wake-up call has provided women with a straightforward way to speak up and comfort one another via social media. As a society, there’s often an underlying belief that what happens behind closed doors should remain private, but, as some of the tweets have given voice to, in many cases women who are unable to extricate themselves from their situations need support from the outside. In one case, a woman tweeted: “#WhyIStayed No one would love me like he did. I finally realized that this wasn’t love, and so it became the reason #WhyILeft.”

And although it’s unscientific, the ratio of #whyIstayed to #whyIleft indicates the support that currently exists might not be enough. Currently there are 108,000 tweets with the hashtag #WhyIStayed and only 35,000 with #whyILeft.

Social media is often taken lightly and given little credence, but by taking to social media and going public with their stories, activists such as Gooden and CNN anchorwoman Christi Paul may be changing the way the public reacts to domestic abuse. In an article she wrote for CNN’s website, Paul wrote about Janay Rice, saying: “She doesn’t need your judgment. She needs your support. She doesn’t need your pity. She needs your prayers. She doesn’t need your ignorance. She just needs a safe place to fall.” The overwhelmingly positive reaction to Christi’s article via Twitter is encouraging women to shove aside some of the pain and shame they may be feeling to share their own stories. And that will help create positive change, even just one tweet at a time. 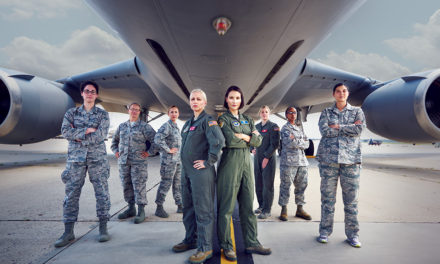 I Spent a Week in Complete Silence, and This is What I Learned