I looked at the pill and thought, There is no way I can swallow this. Minutes earlier, I’d arrived at the hospital and was ushered into a back room with no windows. I watched them pull out a lead box, inside of which was another small lead box, and then felt my stomach drop as she picked up that pill with little tongs, put it in a cup, handed it to me, and asked me to swallow it.

It was just one little pill. Yet unlike any other pill I’d ever taken, that pill was radioactive. If I was going to beat thyroid cancer, I had to take it.

In February 2013, I went to my doctor so he could look at a small bump below my ear that I chalked up as “nothing” for about 2 years. While it was nothing, as I suspected, my doc wanted me to have surgery to remove the benign tumor because there was a chance it could become cancerous. I was nervous about the surgery—it would involve the surgeons working around a facial nerve—but I came through it just fine.

However, a couple days later, the surgeon called to tell me he wanted to do some more testing. He spotted a node on my thyroid on one of the pre-surgery CT scans and wanted to do an ultrasound. I wasn’t concerned. The doctors were just being cautious, I thought to myself.

I went for the ultrasound that week, and I will never forget the phone call I received a couple days later. I stood in my kitchen and listened to a nurse tell me I’d need to come in for a biopsy—that the node on my thyroid was suspicious.

“Suspicious for what?” I asked. When she said cancer, I knew in my gut that’s what it was. Sure enough, a biopsy would confirm the diagnosis—thyroid cancer—and soon after that I’d have another surgery, this time to remove my thyroid completely. That’s when they found out that the cancer had spread to some of my lymph nodes—and why I found myself being told to swallow a radioactive pill that would require me to spend the next 7 days in total isolation.

Saving My Sanity, One Brushstroke at a Time
When you swallow a radioactive pill, there are precautions you need to take. That’s because when the body processes radioactivity, it comes out in your sweat, saliva, urine, you name it. For instance, after going to the bathroom, I had to flush the toilet three times.

Luckily, I had a friend with an amazing home in the woods who was going to be traveling for 6 weeks, and she offered to let me stay at her place that week. When you’re a mom of two young kids with an incredibly full life, the thought of 7 days of blissful silence should be appealing—but I dreaded this like nothing else. And then, as I was prepping for this time, the idea to paint came to me.

I’d loved painting as a kid and even considered majoring in art in college, but fear of that kind of creative route got the best of me and I ended up taking a more conventional route, studying education at Bryn Athyn College. Painting was a joyful terror of sorts for me—something that felt wonderful and scary at once. I knew I’d enjoy it, but what if my paintings were awful? But when I knew I had to take that pill, I decided to use my week alone as a time to dive back into painting. I wanted the joyful terror of putting brush to canvas to outweigh the plain terror of the medical treatment.

When I got to my friend’s house after swallowing that pill, I almost felt a sense of relief. I was alone with a massive 3-foot by 4-foot canvas, a ton of paint, and an intention that I was going to be OK.

I started painting trees—the scene outside the window of the porch on the second story of that house where I decided I’d sleep, in fact. Trees are rooted, and there’s a stillness about them despite what’s happening around them. There’s also a sense of letting go that comes with trees—leaves fall, leaving the branches primed for new growth.

Sometimes I’d get up at 4 a.m. to paint, knowing I could just take a nap a little later. That week, I painted for 12 and sometimes even 14 hours a day. I completed about 20 small watercolors and filled that big, scary blank canvas with a painting I called “Radioactive.”

Why I’m Still Painting—and Why You Should Create, Too

In the time after my cancer diagnosis and before I knew for certain I was going to have to swallow that radioactive pill, I prepped for my week of painting on that big canvas by practicing on smaller ones. Every night during the time I previously spent Googling “radioactive pill side effects” and just generally worrying, I would paint in a small corner of my bedroom. What I discovered during that time is that once my paintbrush hits paper or canvas, I am lifted away from my worries and into a truly calming place. Painting became my refuge and gave me a sense of empowerment. It also offered inspiration during a time when I truly needed it—and it still does.

I will never forget that time—and I will never sell my “Radioactive” painting. Three years later, I am cancer-free and still painting. I’ve now finished more than 50 large
canvases, many of which are frequently on display and for sale at a wonderful little cafe in my neighborhood.

I didn’t think I’d keep painting, but it’s still such a source of joy and inspiration that I simply can’t stop. What’s more, somewhere along the way I figured out that you don’t have to have cancer to get to spend some time alone to restore your soul. I’ve carved out space for this creative venture of mine because it gives me so much. I turned our old guestroom into a painting space—guests now sleep in our living room—and in addition to completing nearly 100 pieces and selling more than 50, I’m even taking custom orders.

Retreating into creativity can feel selfish. Like so many women, and especially moms, I have this unhelpful, negative voice telling me not to paint, that I don’t have time, that there are a million other things that need to get done. And yet, the restoration painting empowers me to “return” to the rest of my life and all of my responsibilities with a sense of peace that is impossible for me to access otherwise.

So, I put my painting into the cracks of motherhood, finding windows—say, between bedtime snacks and brushing teeth—that give me a solid 30 minutes of painting.

I talk to a lot of people who want to be creative—they tell me they love to write but can never find the time, or they love to dance but don’t think they can anymore. Do it anyway.

We often ask ourselves, What am I going to do with this thing I create? How am I going to find the time? But to me, the better questions are, Does it matter if nothing happens with whatever it is I create? Can I afford not to find out what brings me clarity and joy? When you discover what gets your creativity flowing, just wait and see what kinds of healing and magic might unfold. 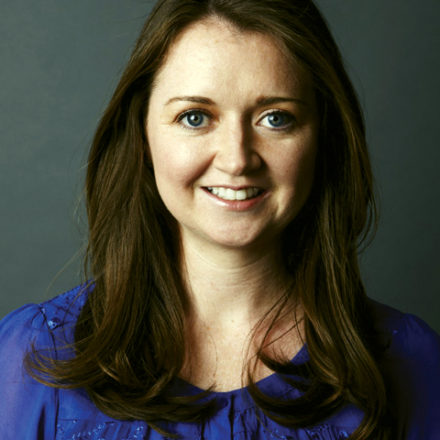 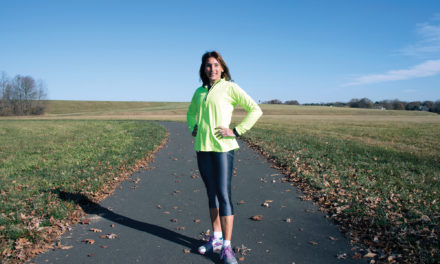 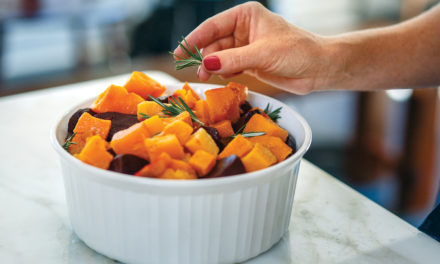 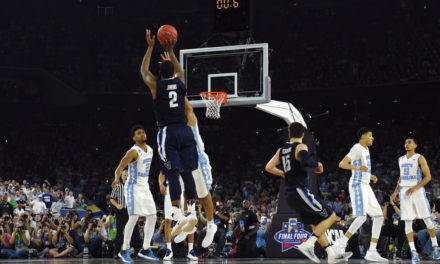 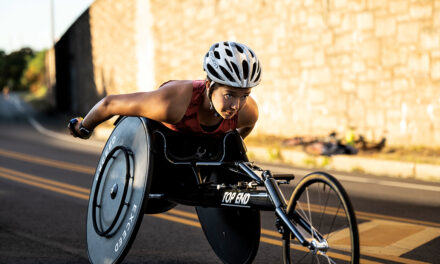