It’s so easy nowadays for the worst, most catastrophic things to be the ones we remember from a given year. The year 2001 is forever marred by the horrific events of September 11, the year 2005 is most remembered for Hurricane Katrina devastating New Orleans, and 2008 was the economic collapse that melted down the U.S. and world economies. So lets take a breath, pour a glass of your favorite wine, and remember a couple of good—even great—things that happened in 2015. Afterall, remembering 2015 as the Year of Carli Lloyd and Amy Schumer doesn’t sound so bad.

Best Sports Moment | U.S. Women’s Soccer 2015 World Cup Win
They started off shaky in the tournament in Canada, barely beating teams they should have steamrolled, and the disappointment of 2011, when the heavily favored U.S. team came up short against Japan, loomed large. But then Delran, N.J.’s own Carli Lloyd literally stepped into the leadership role, scoring in every game down the stretch when the team needed it most. Lloyd scored three times in the championship game against Japan, including a stunning 54-foot blast from midfield, and the team played almost flawlessly behind her, earning the first U.S. World Cup victory since 1999.

Best Career Year | Amy Schumer
Amy Schumer had the kind of year a comedian dreams about. She also had the kind of year a writer, director, and woman aspiring to change the “rules” dreams about. First her movie Trainwreck, the romantic comedy she wrote and starred in, soared at the Box Office. Then she signed a book deal worth $8 million with Simon and Schuster and nabbed an Emmy for her Comedy Central hit Inside Amy Schumer. She closed the year by posing in her birthday suit for a photograph shot by famed photographer Annie Leibovitz for the annual Pirelli calendar, showing the world that no amount of body shaming is going to make her (or us) any less proud of who she is.

Best TV Show | The Americans
Before you sit down to watch an episode (or 12) of FX drama The Americans, I recommend you take a few deep, cleansing breaths. Every episode of the drama about Soviet spies embedded in suburban America in the 1980s (yes, it features bad 80s hair, ugly clothes, Yaz, and Ronald Reagan) is infused with deception, espionage, and life-or-death decisions. Starring Keri Russell and Matthew Rhys, the FX drama will begin its fourth season March 26, 2016, which means you have 3 months to binge-watch The Americans until you’re gripping the couch cushion and humming In the Air Tonight and Games Without Frontiers in the shower.

Best Fiction | Fates and Furies
No matter how many best of 2015 book lists you punch up on Google, Fates and Furies is on all of them. Nominated for the National Book Award, Lauren Groff’s novel dissects an apparently successful marriage from two perspectives (the husband’s, then the wife’s) in a way that is nonconformist and beautifully written but also helps complete the picture of a marriage that is (like most long-term relationships) much more than what can be seen by the naked eye.

Best Movie | Inside Out
Films like Carol and Spotlight will crush the critics’ favorites list this year, and deservingly so, but the movie that stayed with me, the one that actually changed the way many people think about their own emotions and explained them to their kids was Inside Out. Voiced by Amy Poehler and Bill Hader, the Pixar hit about a 11-year-old Riley, whose family moves from Minnesota to the Bay Area and the inner workings of the brain that power her, was masterful in its humor and adept in its emotional choreography. The film also ably explains (in a way that makes sense to 8-year-olds and 80-year-olds alike) how clashing emotions impact how we experience life and make humans so unique an complex.

Best Album | Adele, “25”
Album? It sounds so quaint. But while album sales may be on the brink of extinction in this era of iTunes and one-offs, Adele’s “25” sold an explosive 3.5 million copies in the week following its debut last month. It dropped off the week after, but still sold another 1.1. million copies, making “25” is the first album to sell a million copies in 2 different weeks since Nielsen began tracking point-of-sale purchases in 1991. But if you’re not impressed by the shopping sales numbers, listen to the album. While it’s not showy or ostentatious, Adele’s lyrics and vocal prowess pack a one-two punch that’s virtually unrivaled in the music world at the moment.

Best Televised Moment | Viola Davis Wins An Emmy
While TV behemoths David Letterman and Jon Stewart both signed off of their respective television shows this year, the Emmy’s made history and gave us the most memorable moment of the year, awarding Viola Davis with Best Leading Actress for her role in How to Get Away With Murder, making her the first woman of color to ever win the award. When the presenter announced her name as the winner, you can see Davis spring from her chair like she’s shot out of a canon, clearly shocked to have won. But her charming and spontaneous response was upstaged by her emotionally charged speech in which she evoked Harriet Tubman and said, “Let me tell you something. The only thing that separates women of color from anyone else is opportunity… to all the writers, the awesome people who have redefined what it means to beautiful, to be sexy, to be a leading woman, to be black… thank you.”

Now it’s your turn. Get to work. Tell us your favorite moments of the year. 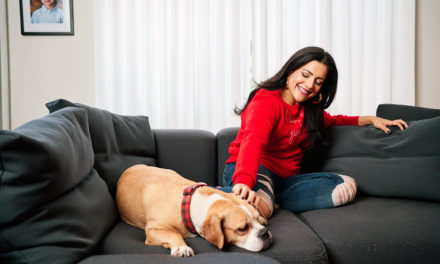 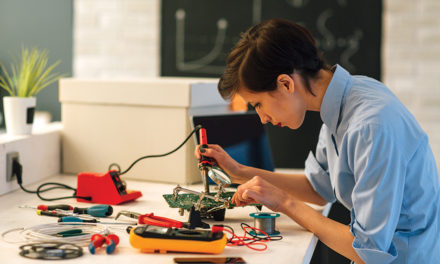 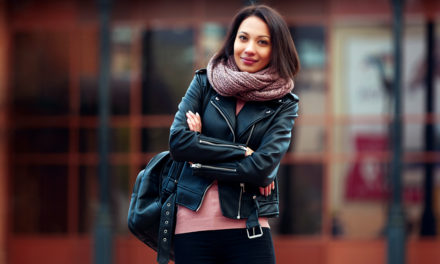