On average, Americans sit 8 hours a day. In the last few years, numerous studies have shown that all that sitting—yes, even for those who exercise daily—shortens our life and impacts our health long term and leads to chronic illness, including increasing our risk for Type 2 Diabetes and cardiovascular disease.

Sitting, especially with our legs or ankles crossed, has particular repercussions for women’s health, for many of us in the form of ugly, and sometimes painful, varicose veins. The health picture gets uglier the longer we sit, the older we get. For older women between ages 50 to 79, 11 hours of sedentary time daily was found to increase their risk of untimely death from all causes by 12 percent, compared with those who had four hours or less of daily inactivity, according to a study published in February in the American Journal of Preventive Medicine.

But we don’t have to take the bad news sitting down. We should do the opposite, actually. A recent study published in the British Journal of Medicine found that reducing our sitting time can protect our DNA from aging and may even prolong our lifespan.

Here are four tips you can use daily to reduce the amount of time you spend plopped down somewhere.

Schedule “get up” breaks
You don’t have to stand all day to combat the ill effects of sitting. Interrupting 1 hour periods of sitting with a brisk 5 minute walk could reverse associated arterial leg damage, according to new research published this month in Medicine & Science in Sports & Exercise, the official journal of the American College of Sports Medicine.

Researchers at Indiana University’s School of Public Health-Bloomington asked two groups of study participants to sit for 3 hours, without moving their legs, measuring the function of their leg arteries periodically using a blood pressure cuff and ultrasound. One group stayed seated during the 3 hours, while the other group got up at the 30 minute, 1.5 hour and 2.5 hour marks and walked on a treadmill for 5 minutes at a pace of 2 mph. The researchers found the dilation and expansion of the participants’ leg arteries of the group who stayed seated were impaired by up to 50 percent after just the first hour. Among the group who took a five minute walk every hour, the researchers found no decrease in arterial function, concluding that the increase in muscle activity aids blood flow.

Invest in a treadmill desk
For many of us, our jobs require working at a desk. But that doesn’t mean you have to sit at a desk. For your home office, consider purchasing a treadmill desk. Costing from $1,200 to $4,000, these desks aren’t cheap, and they take a little bit of getting used to, but women I know who’ve switched to them say they’re hooked and would never go back to sitting all day. Can’t afford that? Then prop your tablet or laptop on a tall countertop at a comfortable standing height.

If you can’t convince your boss to upgrade, find ways to stand while working. Use voice dictation software so you can “type” while standing. Walk around your office during client phone calls or even group meetings. An added bonus: A new study from the Olin Business School at Washington University in St. Louis found that meetings conducted with participants standing up led to more collaboration and idea sharing than for the study group whose meetings were held sitting down.

Don’t take a seat
Whenever you can, stand. Think of all the places we just sit for long stretches of time when we could be standing–the doctor’s office, the airport, the bus stop. Whenever I’m waiting for an appointment, I politely refuse the offer to “have a seat,” with “No, thanks, I’ll stand.” I usually grab a magazine and walk around.

Many gyms even have lounge areas where you can sit, and wait, for your class to begin. Don’t. Go for a warm up lap on the track. Even if your class starts in just a few minutes, pace the hallway instead.

Reconsider your commute
Americans also spend a lot of their time sitting in cars, an average of 87 minutes daily behind the wheel, according to a 2005 traffic poll by ABC News. Switch up your commute by walking or taking public transportation, and standing instead or sitting on the bus or commuter train. And when you do have to drive somewhere, say to the shopping mall, park furthest away from the entrance, to get in those extra steps and stay on your feet longer.

For a detailed look at how sitting affects our body, from head-to-toe, check out this infographic published by The Washington Post. 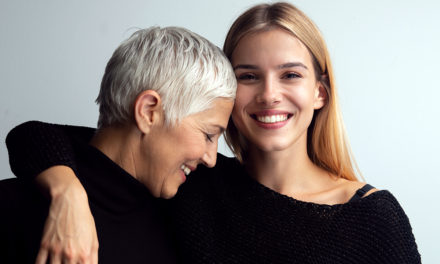 Our Hearts are in Good Hands 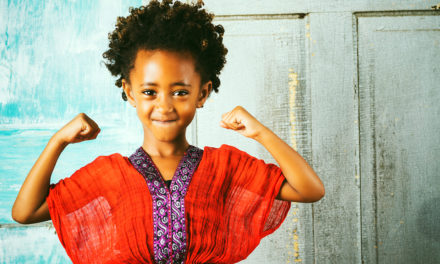