When a woman looks as glamorous as Sofia Vergara, you imagine her bedtime routine includes silk sheets, an expensive eye serum, and a sleep mask. But the stunning Modern Family star recently revealed that the most important step she takes before going to sleep is to swallow a tiny lavender-hued pill. It’s Synthroid, the synthetic form of the thyroid hormone T4, which she’s depended on to keep her body running smoothly ever since having her thyroid removed at age 28 due to cancer.

Vergara is hardly alone. “Twelve percent of women will develop a thyroid issue—producing too much thyroid hormone, not enough, or thyroid nodules—in their lifetime,” says Sheri Gillis Funderburk, M.D., medical director of Capital Health Endocrinology Specialists as well as Capital Health’s Diabetes Task Force. “That’s problematic, considering thyroid hormones play a role in metabolism, meaning they can impact the functioning of every organ in your body, from your brain to your lungs, and even psychological well-being.”

Women are five to eight times more likely than men to develop a problem with their thyroid. But since the symptoms of an off-kilter thyroid are often vague (fatigue, weight gain, forgetfulness), thyroid disorders often simmer under the radar. Of the 30 million Americans estimated by the American Association of Clinical Endocrinologists to have a thyroid condition, half go undiagnosed.

Here’s what you need to know about the bowtie-shaped gland that resides in your neck and keeps your body humming.

The most common form of thyroid dysfunction, hypothyroidism occurs when your thyroid gland produces less than the necessary amount of thyroid hormone. “Common symptoms include fatigue, depression, forgetfulness, some weight gain, brittle hair, and an intolerance to cold,” Gillis Funderburk says. That’s because when the thyroid underperforms, many bodily functions slow down.

The encouraging news: Hypothyroidism can be confirmed with a simple Thyroid Stimulating Hormone (TSH) blood test, and even though it tends to be a lifelong condition, it’s generally easily treated with medication. Patients typically see symptoms lift within the first few weeks.

Gillis Funderburk says internists are capable of diagnosing hypothyroidism, so start with your primary care physician if you’re experiencing unexplained fatigue, weight gain, depression, brain fog, or if you find yourself feeling cold when others in the room are not. If your internist has difficulty regulating your thyroid levels, you may need to see an endocrinologist.

Regular thyroid screening is not a typical practice, but Gillis Funderburk says some women of childbearing age may be screened by their OB/gyn because undiagnosed, untreated hypothyroidism can heighten a pregnant woman’s risk of miscarriage or premature labor, and can affect a fetus’s cognitive development.

Untreated hypothyroidism has also been linked with elevated cholesterol levels (specifically LDL—aka the “bad kind” of cholesterol) as well as heart disease, because thyroid hormones help govern the amount of blood pumped by your heart. So if you’re experiencing unusual-for-you symptoms, don’t put off being tested.

Hyperthyroidism occurs when the body produces excess quantities of thyroid hormone. Only 1 percent of Americans experience hyperthyroidism, and once again, women are more susceptible. When the body is flooded with thyroid hormone, every function gets sped up.  Symptoms include a racing heart, hand tremors, anxiety and irritability, increased perspiration, more frequent bowel movements, fractured sleep, weight loss, and muscle weakness.

The most common form of hyperthyroidism is Graves’ disease, with characteristic bulging eyes. Some patients may also develop an enlarged thyroid gland, called a goiter, which manifests as a swelling in the front of the neck.

Once again, diagnosis is fairly straightforward. Your doctor will check for an enlarged thyroid gland and a quickened pulse. Blood work will test for elevated thyroid hormones and low levels of TSH. Treatment usually involves a prescription antithyroid agent such as methimazole; for 20-30 percent of Graves’ patients, treatment with antithyroid drugs for 12-18 months will place them in remission. If not, treatment with radioactive iodine, taken orally, has been shown to be safe and effective. Patients are then considered hypothyroid, and need to take small amounts of thyroid hormone supplement.

If you’ve been diagnosed with a thyroid nodule, don’t freak out. According to Gillis Funderburk, “about half of people over age 60 have thyroid nodules, and 90 percent of them are benign.” These miniature lumps are usually so tiny that neither you nor your health care provider can feel them; they’re often discovered accidentally, perhaps during a chest scan or neck MRI that has been conducted for an unrelated issue. Nodules typically don’t impact thyroid functioning or require treatment; they’re often caused by an overgrowth of normal thyroid tissue or fluid-filled cysts.

That said, some nodules are malignant. If your doctor suspects your nodule may be cancerous (either because it’s larger than 1 cm in size, has irregular borders, or other suspicious features), you may have a biopsy. If malignant cells are present, surgery will be recommended to remove part or all of the thyroid gland, along with any abnormal lymph nodes. Some patients will also require radioactive iodine to
destroy any remaining thyroid cells.

The survival rate for thyroid cancer is excellent. About 60,000 U.S. cases are diagnosed each year, and it has a 5-year survival rate of nearly 100 percent for cases caught early, according to the American Cancer Society. Once your thyroid is removed, you’ll need to take medication for the rest of your life, as Vergara does. 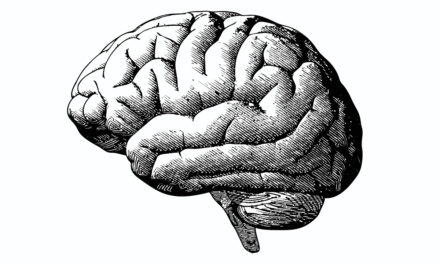