The Best Way to Be a Working Mom? Own It

It’s 5:15 p.m. on Wednesday, which means you have 45 minutes to shut down your computer, pick up your kids from school, and shuttle over to soccer practice. Except you just got that email you’ve been waiting for all day from a client, and it demands a response. By the time you hit send, you’re late, and you’re hauling home a pile of work and a mountain of guilt.

Nearly every working parent is familiar with that something’s-gotta-give sensation, the uneasy feeling that either the family or the job is not getting enough of you. There’s no magic formula to stop the walls from closing in. So for most working mothers—and many working dads—the nagging feeling that you can’t be there for your kids or your job as much as you’d like means you carry guilt as a constant companion.

“Balance is what you define it as. You can be successful in your work life and home life without trying to be a perfect person that somebody else defined,” Taylor says. “Do what’s good for you. If it means you take the kids to the office, then do it. If it means you miss a couple of school plays, that’s OK. But don’t guilt yourself into thinking, I can’t make this work.”

The Kids Are All Right

On the other end of the spectrum, Katrina Alcorn, author of Maxed Out: American Moms on the Brink, decided she couldn’t make it work. She quit her job as a manager at a Web design firm after having a breakdown on her way to Target to buy diapers one day in 2009. In a recent interview with today.com, Alcorn said she thinks the system in America is broken.

“Most jobs are still made for people who have an adult at home who can take care of the kids and do the grocery shopping and attend the parent-teacher conferences in the middle of the day. That’s not how we’re living anymore,” she says. “There’s a work culture problem. We work some of the longest hours of any workers in any developed country. For professional people like me, there’s this unspoken rule: You don’t take time off, you never unplug, and you’re always available.”

What can working moms do to cope with the strain? Prioritizing and compromising are key to making it work.“There are big things with my kids that I decide I’m not going to miss, no matter what,” says Mindy Dickerman, a Wynnewood, Pa.-based mother of two young boys. Dickerman works anywhere from 50 to 80 hours a week, and it pains her to miss being part of her sons’ morning routine, but that’s one of the sacrifices she’s had to make. “I used to be much more social, of course, and have more interests outside of work and my family. There are times that my friends go out on the weekend, and I turn them down because I want to spend time with my boys.”

Dickerman purposely chose a medical field that wouldn’t require her to be on call, so she can spend her family time mentally present rather than waiting for her phone to ring. Taylor espouses the same philosophy—whichever world you’re in at a given moment should have your full focus.

Along with that essential idea of focusing on the task at hand, whatever it may be, here are four more strategies to consider in your pursuit of peace of mind at home and in the office.

Make your relationships at home first priority: As we all know, either from personal experience or from watching co-workers, problems on the home front tend to follow you to the office. “If things aren’t solid with your partner while you’re trying to raise kids and work, it’s going to affect things,” Taylor says. “When I had an argument with my husband, people in the office would know about it because I was still thinking about it. You have to get that straightened out.”

Advocate for yourself at work: You can’t just wait for your boss to go out of his or her way to make your situation more manageable. If you’re feeling overwhelmed, be proactive about it. “Ask for what you need,” Alcorn says, “whether that’s having a day that you work from home or negotiating a more flexible schedule. You have to advocate for yourself because no one is going to do it for you.”

Take the promotion: In the past 20 years, the statistics on women in power positions have barely budged, in large part because when the potential workload gets too daunting, some women will either turn down a promotion or leave the workforce entirely. Taylor says, “I’ve had lots of conversations with women where they said, ‘Don’t give me that promotion. I can’t do it. I can barely get through the week.’ It comes back to telling yourself you don’t have to be perfect. Take on a challenge, and do the best you can.”

Manage the guilt with logic: When you’re feeling bad about the moments you’re missing while at work, remind yourself why you’re working: to provide for your family. Taylor, whose kids are now 20 and 17, says her career made her a better mother. “I wasn’t a helicopter mom. My kids got to see a role model. And now, when I ask my kids about things I missed, they don’t even remember.” Dickerman keeps the guilt at bay by making up for lost time whenever possible. “I never have those moments where it’s like, I can’t wait for the babysitter to get here so I have time to myself.”

Resolving to Do My Part to Fight Climate Change 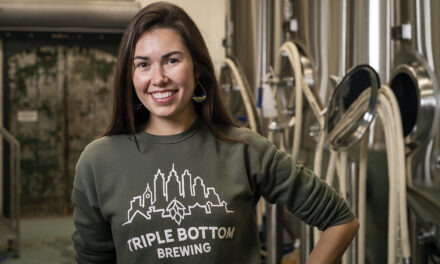