The other day, my 18-month-old was more ornery than usual after his nap. He was sitting on my lap, tilting his head to the side, whine-crying as he tried to get into the cradle position. He began to pull at my shirt, searching for my bra strap. I finally relented and let him nurse. My husband looked at me and simply rolled his eyes.

The fact that I’m breastfeeding my son past the one-year mark feels a bit like a dirty secret. It certainly wasn’t the plan. When he was first born, I figured I’d nurse exclusively for the first 6 months—the minimum recommended by the American Academy of Pediatrics—but Teddy had a different agenda. He refused to take a bottle, even if it was pumped breast milk, and though he liked a sippy cup when he started solids, it didn’t reduce his desire to nurse. So six months turned into nine months, which turned into a year. And here we are to this day.

I’d say I nurse Teddy on average once or twice a day. Usually it’s in the evening before he goes to bed, and sometimes at night if he can’t get himself back to sleep. If he wakes up from a nap cranky, he’ll often whimper until I nurse him. Some kids have their binkies, others their lovey. For Teddy, his soother is nursing.

The thing that shocks me most about nursing an 18 month old is not the fact that I’m doing it, but the reactions people have when I tell them: “You’re still nursing him? That needs to stop.” Or, my favorite, “That’s unnatural.” People make you feel like you’re over-indulging your toddler or somehow setting the groundwork for deep-seeded Freudian neuroses he’ll spend years working on with a therapist. My husband’s reaction has surprised me the most, probably because he’s always been the biggest supporter of me breastfeeding, but even he’s advocating that I stop.

I’ve heard the criticism that extended nursing is more for the mom—and I won’t deny I receive emotional benefits in continuing to breastfeed my son. My life is hectic, and breastfeeding gives me a chance to connect with him without any other distractions. It’s a chance to slow down and give him some alone time, my undivided attention. If there is something wrong with that, I’m not apologizing.

The funny thing is, I’ve been guilty in the past of looking twice at moms who nurse toddlers. Two years ago, when Time did it’s controversial cover on attachment parenting, with the 3-year-old nursing his mother, I admit it weirded me out. (I was more uncomfortable by the fact that the mother used her child to make a very public social statement without the child’s ability to give consent.) But really, is nursing a toddler or preschooler really anyone else’s business?

All of this makes me wonder: When did breastfeeding become such a touchstone for good parenting? I have just as many friends who fear being judged for extended breastfeeding as I do who fear being criticized for choosing to formula-feed their babies. In my book, it’s equally wrong to make a mother feel bad for choosing not to breastfeed as it is to make her feel like a freak for nursing her toddler. Motherhood is hard. Shouldn’t we support each other’s choices if they’re done for the benefit of our kids and families? 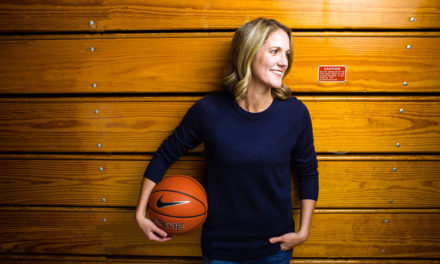