Until recently, Valerie Connolly had stopped speaking. She was bedridden and could not keep up with daily hygiene, let alone care for her teenage son. Once articulate, boisterous, and talented, the 53-year-old photographer from Absecon, N.J., had battled bipolar depression for much of her life, and it just became too much. For more than two decades, Valerie had tried a litany of prescribed anti-depressants, mood stabilizers, and even electroconvulsive therapies, as well as self-medication in the form of alcohol and illegal drugs. Nothing worked. Feeling trapped and isolated, Valerie attempted suicide three times.

“Many of my family members didn’t understand how I could do that to my son. In my mind, at the time, I was doing him a favor, alleviating him from the misery and responsibility of caring for me,” Valerie confesses. “I was sick. In reality, I now know that this could not be further from the truth.”

Today, Valerie’s reality is miraculously defined by clarity, sobriety, service, and inner peace. In 2013, she began receiving ketamine infusion treatments, which sparked a change in her brain—and her life. This cutting-edge psychiatric therapy helped bring her out of isolation and into recovery. Valerie bravely tells her story to Real Woman.

In the Throes of Depression

According to the Centers for Disease Control and Prevention (CDC), one in 10 adults is depressed. The disease is two times more common in women than in men.  A major depressive disorder interferes with a person’s social and/or occupational functioning for at least a 2-week period of time.

For Valerie, depression compromised her functioning, not for weeks or months but for decades. Before she fell into depression’s grasp, she was described by loved ones as an “independent, fiery spirit.” A former beauty pageant winner and model, she had many admirers in early years. “But I had no idea who I was inside. I was suffering,” Valerie admits. She was sexually abused at 16 and dabbled in drugs and alcohol to soothe her pain and combat isolationism. She tried every psychiatric medication that was available; nothing she tried made sufficient impact. On the surface, she was a beautiful budding artist, but her inner turmoil, impulse control, and anger issues were becoming an albatross. She fell into a deep depression.

“I know what it’s like to want to make everyone laugh and be hurting so badly inside yourself. This is why I was so profoundly affected by the death of Robin Williams,” Valerie says of the actor’s August passing. “I related to him so much. Even years ago, I could tell he was bipolar, and I understood it. It’s amazing, what a wonderful effect he had on the world, and yet he was so isolated. I could relate to that.”

Valerie, who experienced a bit of “survivor’s guilt” after Williams’s death, clears up a common misconception about taking one’s own life: “Suicide is not selfish, and it’s not the easy way out. It’s a lost battle with mental illness.”

When All Else Fails

This devastating lost battle is often a by product of traditional depression treatment methods failing. Over the past six decades, not much has changed in the treatment of major depressive disorders: conventional antidepressants or—beginning in the late 1980s—serotonin selective reuptake inhibitors (SSRIs) are used in combination with therapy to increase levels of serotonin. Unfortunately, these prototypical SSRI medications (such as Prozac, Zoloft, or Paxil) work only about 60 percent of the time, and can take weeks or months to bring relief, according to Steven P. Levine, M.D., a psychiatrist and owner of Princeton Health Psychiatric.

Valerie Connolly suffered from depression for decades before she was treated with ketamine infusions.

Valerie, who also took lithium for manic as well as depressive symptoms, found very little relief from various psychiatric drugs. In February 2013, she heard from a news broadcast that ketamine was being used for depression relief. With nothing left to lose, Valerie reached out to Dr. Levine, who was administering the drug for the first time clinically at his facility, Ketamine Treatment Centers of Princeton. After Valerie received ketamine infusions three times a week for the first few weeks, the infusions were tapered to every few months, and the results were nothing short of amazing, while producing no lasting side effects.

“Everyone around me noticed the results almost immediately. My family said I was more articulate and I seemed ‘lighter’ and less dragged down. After a month, I was feeling really different,” she says of her ketamine infusions.

Over the past year and a half, Valerie has acquired an intense clarity of focus that has helped her practice daily gratefulness and resolve conflicts from her past. “Strategies I learned in behavioral therapy over the years were clicking for the first time, coming together in the most wonderful way,” she reports.

“Dr. Levine has empowered me and helped me have faith in myself and my abilities. I have the same sense of love and indebtedness to him that you’d have for a person who rescued you from a burning building.”

Valerie still struggles with some health issues as a result of her lifelong battle with mental illness. She lost all her teeth and developed thyroid problems as a result of taking lithium for years. Now she has a more holistic approach to self-care, focused on spiritual and natural healing. She’s also a strong believer in helping others and “paying it forward,” by volunteering through the National Alliance for the Mentally Ill (NAMI). Most important, Valerie is an engaged mother, proudly assisting her son with his college search.

“Mental illness is not a character defect or a choice. Unfortunately, there’s no ‘race for the cure’ or golf tournaments [for depression],” Valerie says. “You not only suffer the problems from the illness but you’re suffering from the shame and the guilt and the social stigma that goes along with it.”

Dr. Levine agrees that this is one of the most challenging components of depression—that it’s perceived as a moral shortcoming or a condition that results from lack of effort. “People with depression tend to withdraw and pull away from the people closest to them, rejecting help. This often leads to family and friends feeling rejected, hurt, or helpless, which is how so many negative feelings get directed toward people with depression.

“So depressed patients end up being further isolated and alone, and it’s harder for people to advocate for them. Because of the disease, it’s tough for them to advocate for themselves,” Dr. Levine says. “This is part of why there isn’t more activism for depression and mental health in general.”

Recent research suggests that depression may be the result of damage to the brain cells responsible for controlling mood and that ketamine can repair synaptic connections almost immediately. An NMDA receptor antagonist, ketamine has been used for more than 50 years as an anesthetic. It has received some negative attention for being used as a street or “club” drug (known as Special K) that creates a detached, dreamlike state. Ketamine can be dangerous if abused or consumed in the wrong setting.

The drug was first studied in the late 1990s for the purpose of alleviating depressive symptoms in difficult-to-treat patients. Most recently, an April 2014 study in Biological Psychiatry showed that intranasal ketamine spray could produce a rapid and sustained antidepressant effect within 24 hours. The same month, the Journal of Psychopharmacology published results of a small trial that demonstrated anti-depressive benefits from ketamine that can last months.

There’s been a flood of compelling research on the topic in recent years, says Dr. Levine. “The papers [on ketamine treatments] really jump out compared to other depression research—how sick these people were and how quickly they see a significant response. There’s just nothing to compare it to,” he says. “If you look at these studies, 70 to 80 percent of patients saw a response within hours. These are people who tried many treatments and had been depressed for years and hadn’t responded well. The results of this research were mind-boggling,” Dr. Levine says.

Although the initial studies were short-term and often small, the results from treating severely depressed patients with ketamine were impossible for Dr. Levine to ignore. “Four years ago, I asked myself, ‘Why aren’t we using this?’ It’s FDA approved for other indications … we know this medicine really well, and it’s incredibly safe.”

After consulting extensively with anesthesiologists and reviewing data from previous studies, Dr. Levine developed a conservative protocol to deliver low doses of ketamine. He typically would administer the drug for six infusions, 45 minutes each, over the span of 2 weeks. Treatments were reserved for patients who were “out of options” and had “absolutely tried everything under the sun,” he says.

Dr. Levine’s cautious approach yielded no adverse effects and was well tolerated in suicidal and extremely depressed patients. The psychiatrist is not a “take two of these and call me in the morning” type of doctor but says there’s a strong synergy between talk therapy, like psychodynamic and cognitive therapies, and biologic approaches that treat the whole patient. After first-line methods fail, Dr. Levine considers neuromodulation strategies that stimulate the brain with electrical or magnetic currents and, most recently, ketamine.

Over the past 2 years, he has administered a few thousand ketamine infusions to a few hundred people from all over the country. Before long, doctors began to approach Dr. Levine about his innovative method, hoping to achieve such benefits in their hardest-to-treat patients—albeit with reservations.

“Doctors aren’t used to treating patients intravenously. They are used to writing a prescription. Advertising and pharmaceutical marketing have a big influence over prescribing habits, and so it’s not something that a lot of psychiatrists are going to do, but they probably should,” Dr. Levine says.

Perception may be changing soon enough. Institutions such as the Mayo Clinic, Cleveland Clinic, and Emory University are treating patients with “off-label” ketamine, also yielding promising results. Until this point, there hasn’t been much financial support to be garnered for comprehensive trials with ketamine, a generic, 50-year-old anesthesia medication. However, billions of research and development dollars are currently being devoted to a new class of “ketamine-like” drugs that will treat depressive disorders with a similar mechanism.

“Whatever its final place in history, ketamine is proof that however the story unfolds, clearly we can do better, and this is a potential path forward to do significantly better,” says Dr. Levine. “This is probably going to yield a lot of helpful new treatments, but more than anything it will give people hope that maybe there’s something else around the corner.”

This hope pulled Valerie out of the darkest, most desperate time of her life. She now takes a very proactive approach to her health, and still meets with her regular psychiatrist for monitoring. If patients are diagnosed with a mental disorder, she recommends they research the condition to make educated choices about the available treatment and medications.

Valerie has big plans for her future. Her goals include experimenting at a nearby open mic night doing stand-up comedy and creating a shelter for stray animals, she says. She is eager to help further her son’s education and remain a steadfast guide in his life. This survivor also hopes to write a memoir about her struggles with addiction, mental illness, and recovery but notes, “I still have more chapters to live.” 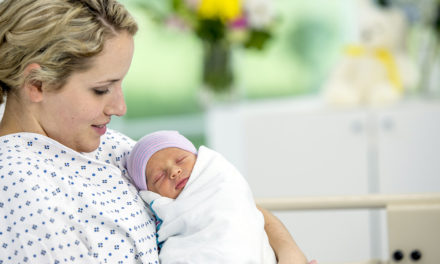 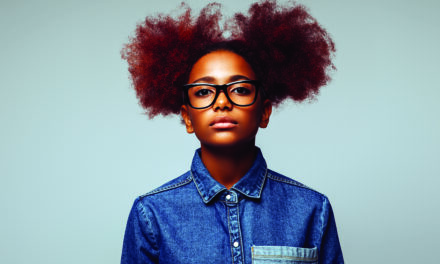 It’s a Dangerous Time for Girls. We Can Help