Willpower on its own is not enough. To succeed, you have to match it with information—how far it is to the finish line and how steep the hills are along the way.

Fitness trackers can help you get in shape by monitoring how much you move—coupled with how much you consume—throughout the day. That data is available to you by looking down at your wrist, taking the guesswork out of the calories in/calories out equation.

They calculate this using motion sensors—accelerometers and altimeters—to measure everything from how many steps you take and how high you climbed to how long you sit still. They then use this information to give the user other metrics, such as calorie burn. These devices are designed to help you get a bead on your activity level and energy expenditure over the course of the entire day instead of during a specific workout. Once you establish daily goals, they serve as a sort of Jiminy Cricket, reminding you to get your rear off the couch and accrue some movement points or risk falling short on your daily total.

And you can check your numbers throughout the day and, in some cases, even share them via social media, motivating you to stay active by turning fitness into a measurable challenge.

WHAT IT DOES | Using an accelerometer, the FuelBand matches the movement of your wrist across three dimensions to familiar exercise patterns, such as jumping jacks, tennis, and handball, and then awards NikeFuel points according to the level of activity. Contained in a rugged rubber housing, this bracelet holds up well to the rigors of just about any workout.

UNIQUE FEATURES | Unlike the simple lights of other fitness tracker bands, the FuelBand features a flashy LED display that offers up a quick rundown of steps and calories burned when you press the button on the front of the band. It also wirelessly pairs with Nike software on your phone to go deep on the numbers and provide occasional attagirls for each new goal you reach.

DRAWBACKS | While the FuelBand also displays total calorie burn at any given point of the day, its native metric is NikeFuel, a Nike-specific measurement you won’t find anywhere else. And unlike the Fitbit Flex and larklife, the Fuelband doesn’t monitor your sleep.

WHAT IT DOES | The rubber Fitbit Flex wristband is fueled by an accelerometer that tracks movements throughout the day and night. Tapping the band before bed switches it to sleep analyst mode, monitoring how restful your shut-eye is. You can even set it to wake you in the morning with a vibrating alarm.

UNIQUE FEATURES | Like the Fuelband, the Fitbit Flex software does a great job of cheering you on when you’ve accomplished a goal, but it goes the extra step of being compatible with other apps such as Lose It, Run Keeper, and MyFitnessPal.

DRAWBACKS | There’s no display on the band itself except for a small LED light that shows you how close you are to your goal. To see actual numbers you have to look at your phone or computer. The Flex also doesn’t track how many stairs you climb, which is a hallmark of other Fitbit devices.

WHAT IT DOES | The larklife not only tracks activity levels but also offers you feedback, sending alerts to your phone when you’ve been sitting for a long time and need to get moving, or when you should eat a good breakfast after a poor night’s sleep. Even better, the phone app learns your habits over time, so the more you wear the larklife, the more tuned in the advice will be.

UNIQUE FEATURES | The larklife’s motion sensor is housed in a removable center element that can slip into a rubberized sport band or a soft fabric sleep bracelet, depending on how you plan to use it. And the sensor automatically syncs with your phone or computer throughout the day—other fitness trackers require you to press a button to sync—so you can see your progress at any time.

DRAWBACKS | The rubber sport band is a bit large and uncomfortable and the software is iPhone-only and doesn’t work with Android phones. 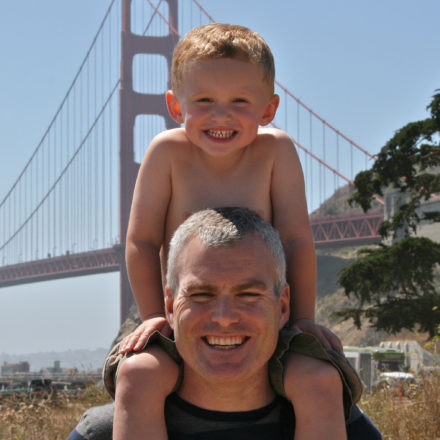 Food Labels Are Designed to Fool You. Get Smart About It