Classic Lit You May Have Missed

Remember when you were in high school and summer meant reading an assigned list of great works of literature—and you hated it. What I wouldn’t give to have that be my only major responsibility for these next few months. Well, I may not be able to give you the carefree time of a misspent youth, but I can give you a list of classics that are ideal for summer (re)reading. These are classics that I’ve read and reread as an adult. Trust me, these are better than the Cliff Notes version you probably read considered reading the first time around.

Pride & Prejudice: There is a truth universally acknowledged that 9 out of 10 women consider this Jane Austin novel their favorite book. If you’re not onboard yet, give this treasure another try. It’s the original rom-com: You have meet-cutes, misunderstandings and miscommunications, the handsome scoundrel and the embarrassing family members. And Darcy, dreamy Mr. Darcy.

One Hundred Years of Solitude: Considered by many to be the most significant work of the 20th century, Gabriel Garcia Marquez’s magical realism novel tells the story of seven generations of the Buendia family in the town of Macondo, Colombia. The book is rich in symbolism, and each time you read it, you will uncover a different layer of meaning.

Uncle Tom’s Cabin: This powerful anti-slavery novel by Harriet Beecher Stowe proves the pen can be as mighty as the sword, fueling the abolitionist cause in the days before the Civil War. The best-selling novel of the 19th century, it depicts the horrors of slavery, telling the tale of Tom, a slave and devout Christian who touches the lives of the slaves and slave owners he encounters.

The Ugly American:  This 1958 political thriller by Eugene Burdick speaks volumes about U.S. foreign policy in Southeast Asia during the early days of the Cold War. Set in the fictional country of Sarkhan, the story follows Homer Akins, an American engineer working in the villages, who begins to see the flaws of U.S. strategy in this region of the world.

Rebecca: The first time I read Daphne du Maurier’s 1938 Gothic novel, I remember being bored to tears in the beginning. And then I couldn’t stop reading. The slow build of this book—about a young woman who impulsively marries a secretive widower and returns to his estate to live in the shadows of his first wife—is what makes the twist at the end so juicy.

The Sun Also Rises: This Lost Generation novel captures the aimlessness of the expat life in Europe in the 20s and the resounding impact of World War I on their lives. The story starts in Paris and travels to Pamplona, Spain and follows the complicated relationship of reporter Jake Barnes and divorcee Lady Brett Ashley. It’s a good complement to The Paris Wife, a novel about Hadley Richardson, Hemingway’s first wife who lived and traveled with the writer when he wrote this book.

The Age of Innocence: Edith Wharton’s critical look at upper-class mores in 1870s New York is a bit of a love triangle. Respectable lawyer Newland Archer is set to marry May Welland—a perfect match socially, but a bit of a wet noodle if you ask me. Things get complicated when her cousin, the beautiful yet socially marred Countess Ellen Olenska, comes to town and captures Archer’s heart. Wharton won a Pulitzer for her work—the first woman to do so.

To Kill a Mockingbird: Harper Lee’s beloved (and only) novel set during the Great Depression in Alabama looks at racism and classism in the Deep South. Told through the eyes of 6-year-old Scout Finch, the book centers around the trial of a black man wrongly accused of raping a white woman and defended by Scout’s noble father, Atticus.

The Handmaid’s Tale: This dystopian tale by Margaret Atwood is set in the “future”, when a totalitarian Christian theocracy has overthrown the U.S. government and dissolved the rights of women. The protagonist, Offred, is a “handmaid” to a high-ranking government official and forced to bear children for him and his wife. Her story is interspersed with flashbacks, memories of her husband and child who were captured with her when they tried to escape to Canada. Sometimes when I watch Fox News I think this book could totally come true.

The Color Purple: Alice Walker’s heart-breaking work depicts life for women of color in 1930s rural Georgia. The epistolary novel centers around Cellie, a woman first abused by her step-father then married off to a cruel man who also mistreats her. Man does this book make me cry, but the ending is kind of uplifting. 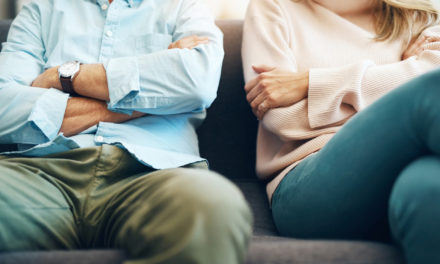