When the kids catch sight of the convoy of vans filled with about 25 volunteers and nearly 60 suitcases packed with clothing and pharmaceuticals, they begin to run toward them, barefoot, filthy, and grinning in toothless anticipation. There are huts lined with slanted wood and corrugated tin as makeshift roofs. Outside the gates of the clinic, moms stand waiting, holding several babies, older kids hanging onto their legs. Three years ago, that was Carolyn Gaukler, M.D.’s first look at San Lucas Toliman, where she’d be treating and helping people for 7 days, and she was immediately hooked and hasn’t missed a mission trip to the Guatemalan municipality since.

Dr. Gaukler, a geriatric and hospice doctor at Capital Health, has always wanted to do this kind of work, delivering basic medical treatment that most of us take for granted to people living in poverty.

She discovered this percolating desire at a young age, when she was diagnosed with diabetes as a teenager and told she would probably struggle to pursue her dream to become a doctor. “A lot of what inspired me was that my father was a physician who did a lot of work with indigent patients—his whole focus was helping people,” Dr. Gaukler says. “It drove me to do most of my medical training in inner cities, where I spent a lot of time with impoverished patients. Many of them couldn’t pay for medical care. I enjoyed taking care of a subset of patients who just appreciated everything you could do for them to make them better.”

So when a co-worker at Capital Health told her about his 10-year involvement with Promised Land Ministries, which volunteers in Guatemala, Dr. Gaukler expressed her interest in participating. Three years ago, a doctor had to bow out, so Dr. Gaukler stepped in.

She had traveled through Cambodia 8 years prior, which rekindled her desire to work with missions in underdeveloped countries, but she still had some initial concerns about Central America. They were quickly erased once she got to Guatemala and saw the people they’d be helping. “It’s an unbelievable community of loving people who embrace the bit of comfort we can give them,” she says. “When I was in the clinic my first day of my first year, we saw a lot of kids. Moms would bring all of their kids, even if they didn’t need to be seen.”

Since most kids walk around barefoot among so many animals, many of them get gastrointestinal illnesses, so the doctors give them parasite medicine. But since the medicine has a bitter taste, Dr. Gaukler brought hundreds of Lifesavers as incentive and to make it more palatable. “When I gave one little girl the medicine and then the Lifesaver, she jumped up into my lap and just hugged me. I will never forget that moment,” she recalls, her voice cracking with emotion. “She was just so appreciative for this horrible-tasting pill and this Lifesaver that was going to make her and her family feel better. I love what I do at Capital Health. It allows patients to choose how they want to finish their life cycle. But there’s just something about giving to these children who have no expectations and are so appreciative—it is more rewarding than I ever expected it to be.”

For 4 solid days, the doctors offer medical treatment in makeshift rooms, helping between 800-900 people with a variety of basic ailments. In addition to the gastrointestinal problems, they also see a lot of patients suffering from the effects of smoke inhalation (coughing and asthma) as a result of the open-air cooking, so they bring a nebulizer and inhalers. “We write rudimentary prescriptions, which they take to the makeshift pharmacy,” Dr. Gaukler says. “There’s a gentleman who was building a house and fell and broke his back. He has chronic sores. His wife and family tend to him. We have to evaluate his wounds and give him antibiotics.” In addition to the medical services, the ministry also builds and repairs houses, fixing up many of the rudimentary shacks that are falling apart, often building as many as seven houses in the week they are there.

The hardest part of the experience is leaving, Dr. Gaukler says. “That first day in 2013, I tried to talk doctors into staying for another hour because there was still a long line of people who had walked so far to see us, but we had to cut it off. It didn’t make sense to me,” she recalls. “It was extremely difficult looking at some of these mothers with their babies tied on their backs and one in their arms and telling them we can’t see them.”

Dr. Gaukler just finished her third mission trip to Guatemala earlier this month, and she says she is forever changed by the experience. “I look at things as a person and as a physician differently now. When I talk about my own spirituality, I’ve always been a really private person. I’ve had many experiences throughout my life, and I have questioned the religion that I was brought up with. But through this experience, I’ve discovered that I have a gift to help God’s people,” Dr. Gaukler says. “I have a newfound belief and faith in people and a connection with an existence.” 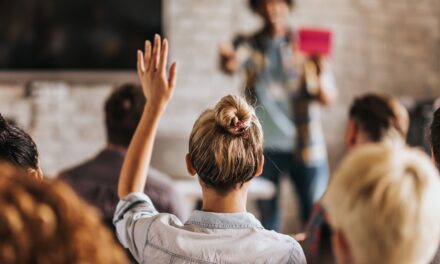 We are Making Strides in the Workplace. Is it Enough?